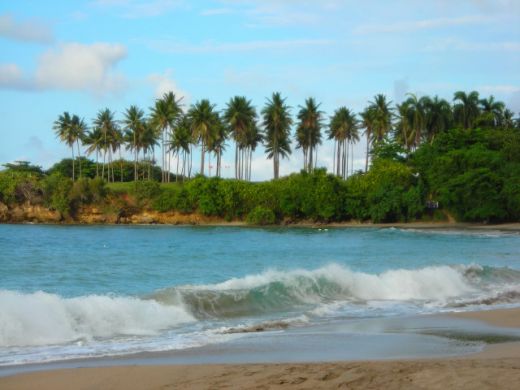 Since the start of tourism development on the north coast, Cofresi has played a leading role in the region dating back its development to the seventies with the establishment of Cofresi Beach Hat, resort villas, holiday center, playground and pools of fresh water and salt water, which constituted an important attraction for the local public and especially for the emerging domestic tourism.

With the passage of time and apparently under the influence of noble pirate from which comes its name, has re-emerged Cofresi giving space to an extraordinary development in which stand two large hotel projects under construction found the dolphin and marine park Ocean World probably one of the main attractions in the Caribbean when completed, and a marina with capacity for 122 yachts with all conditions required by the demanding world of the lovers of this sport.

But the tourist boom of this project began with the construction of the complex of Hacienda Resort, an initiative that involved Austrian investors, now much more than 700 rooms spread between conventional hotel and villas with the most luxurious options and up to three rooms. The hotel with several restaurants as much buffet and a la carte restaurants. Treasury operates an all-inclusive.

Doing Resort has tennis courts, restaurants and beach bars and a coliseum and entertainment center with disco and other option up to the most demanding public.

In the western part of the complex, a Canadian company Emi Resort has developed an impressive project, the luxurious Sun Village, also equipped hotel rooms and villas.

Sun Village has seven pools scattered throughout the property with different designs and environments, some more quiet, some noisy where does the program of entertainment and even a very discreet and exclusive for lovers topless.

Of course, a resort like this has a wide variety of dining options including Thai, Mediterranean, Italian, among others, and a wide variety of bars, clubs and events and business areas. Sun Village operates an all-inclusive with high quality standards.

In the highlands of Cofresi there is also a unique and impressive small hotel, Fort la Mer, with 32 rooms. This place has the main merit of the extraordinary location with a breathtaking view where you can enjoy beautiful sunsets.

Fort la Mer is one of the finest restaurants in the region, the Lobster House that not only offers a wide selection of lobster dishes, but also a variety of seafood, meats and other options all in a romantic and cozy cherished the sea breeze at the top of the mountains looking the sea.